Hotel California – Guitar Tab Lead Sheet. The one and only “Hotel California” by The Eagles.  This is one of our best selling titles, and the Eagles biggest hit song. This arrangement is for guitar tab, and sounds just like the original song. Hotel California was released as a single in February 1977 and has been performed by the group over a thousand times. Read more

More sheet music by the Eagles.

On a dark desert highway, cool wind in my hair
Warm smell of colitas, rising up through the air
Up ahead in the distance, I saw a shimmering light
My head grew heavy and my sight grew dim
I had to stop for the night
There she stood in the doorway
I heard the mission bell
And I was thinking to myself
“This could be Heaven or this could be Hell”
Then she lit up a candle and she showed me the way
There were voices down the corridor
I thought I heard them say

Her mind is Tiffany-twisted, she got the Mercedes bends
She got a lot of pretty, pretty boys she calls friends
How they dance in the courtyard, sweet summer sweat
Some dance to remember, some dance to forget

So I called up the Captain
“Please bring me my wine.”
He said, “We haven’t had that spirit here since nineteen sixty nine.”
And still those voices are calling from far away
Wake you up in the middle of the night
Just to hear them say

Mirrors on the ceiling
The pink champagne on ice
And she said “We are all just prisoners here, of our own device”
And in the master’s chambers
They gathered for the feast
They stab it with their steely knives
But they just can’t kill the beast

Last thing I remember
I was running for the door
I had to find the passage back to the place I was before
“Relax,” said the night man
“We are programmed to receive
You can check-out any time you like
But you can never leave!”

The Eagles are an American rock band formed in Los Angeles in 1971. They are one of the most successful bands in music history having sold more than 200 million records. In 1998 they were inducted into the Rock and Roll Hall of Fame. Hotel California is an award winning song and album by American rock band Eagles. Released on December 8, 1976. 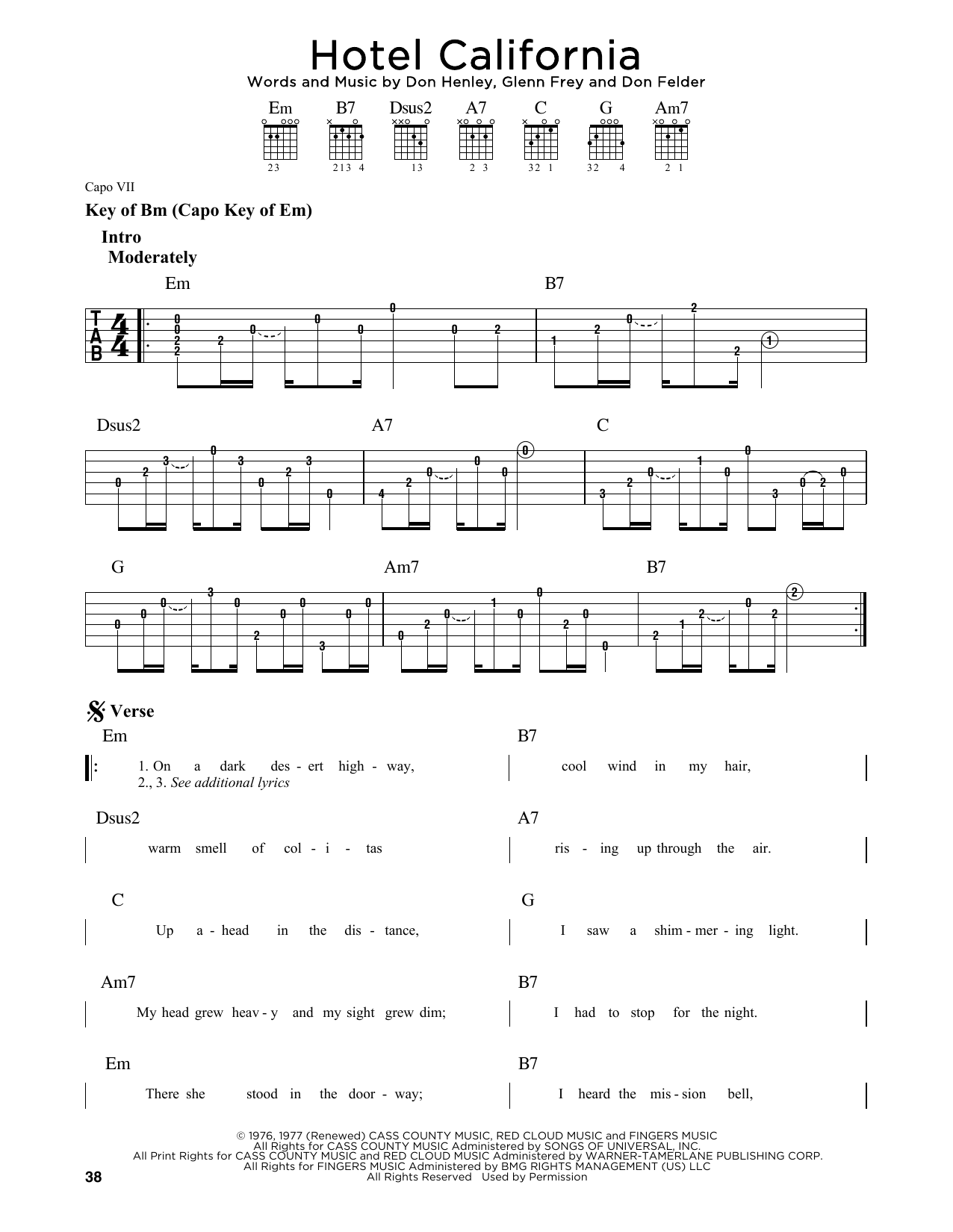