The Beatles Lyrics: The Stories Behind the Music – Paperback 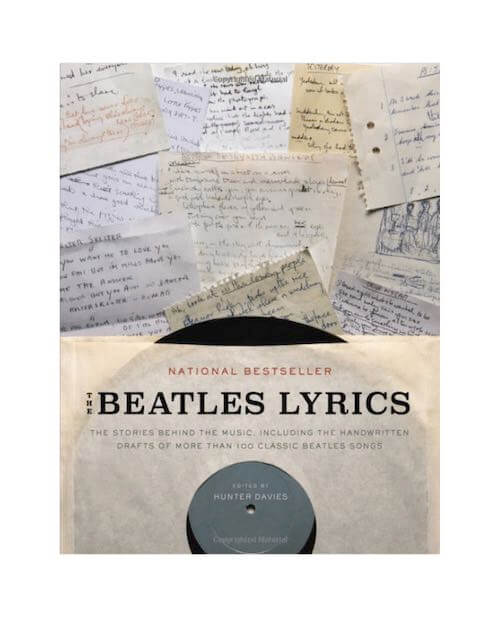 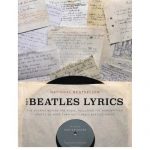 The Beatles Lyrics: The Stories Behind the Music – Paperback

The Beatles Lyrics: The Stories Behind the Music, Including the Handwritten Drafts – Paperback

The Beatles Lyrics: The Stories Behind the Music, Including the Handwritten Drafts of More Than 100 Classic Beatles Songs – Paperback with illustrations. In their own handwriting.

The definitive book of Beatles songs, shown in their own handwriting for the 50th anniversary of the Beatles coming to America.

The Beatles, wrote their songs on-the-go almost anytime, anywhere, and often began as a scribble on the back of an envelope or on hotel stationery. These original documents have ended up scattered across the world at museums and universities and with collectors and friends. Many have never been published before. More than 100 songs and lyrics are reproduced in The Beatles Lyrics that provide author Hunter Davies a unique platform to tell the story of the Beatles music.

These reproductions show John Lennon and Paul McCartney, as well as Ringo Starr and George Harrison’s, first ideas and inspirations – in their own handwriting.  Sections crossed out and rewritten, and words tossed into the final recordings that were never written down — ensures that The Beatles Lyrics will live one.

Hunter Davies is the author of over 40 books, including the New York Times bestseller The John Lennon Letters, and has written for The Guardian, New Statesman, and The Sunday Times. He is married to the novelist and biographer Margaret Forster, and they live in London.

“Rich with insider authenticity. To paraphrase Walt Whitman, Mr. Davies was the man, he suffered, he was there…. The book itself-with Mr. Davies’s expert guidance-gives us a glimpse into genius. No better monument could mark the 50th anniversary of the Beatles arrival in America, nothing, that is, short of coming up with a hitherto lost scrap of paper with a Beatles lyric on it, wittily doodled on.”―Alexander Theroux, Wall Street Journal

“Beatles expert Hunter Davies demonstrates that the Fab Four wrote their songs just about anywhere–many began as a scribble on the back of an envelope, on a napkin, or on hotel stationery. The collection reproduces more than one original manuscript, granting the reader an all-access look behind the music.”

“A fascinating, intimate glimpse into the creative process behind some of the greatest pop songs ever written.”

A “chatty, knowledgeable, readable account of the back stories behind all the Beatles lyrics.”

“An unprecedented glimpse into the true genius of the band.”

“This tome still finds some fresh ground to break and observations to make for diehard and casual fans alike, often derived from their handwritten words.”