This Is Your Brain On Music: The Science of a Human Obsession – Paperback 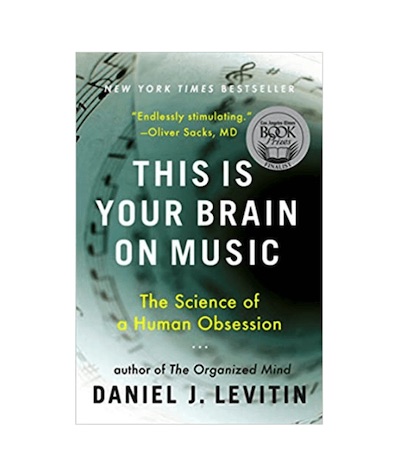 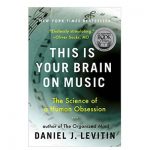 This Is Your Brain On Music: The Science of a Human Obsession – Paperback

This Is Your Brain on Music: The Science of a Human Obsession – Paperback

An excellent, well-written book on the magic that happens when you listen to music. The perfect gift for musicians and music lovers. This book exposes how the brain processes music and how different parts of the brain interact to produce what we interpret as music. Author, Daniel Levitin, asks intriguing questions which we rarely think about , e.g. what is music? The simple answer is of course, music is organized sound.

In this groundbreaking union of art and science, rocker-turned-neuroscientist Daniel J. Levitin explores the connection between music—its performance, its composition, how we listen to it, why we enjoy it—and the human brain.

“Every musician, at whatever level of skill, should read this book.”—Howie Klein, former president, Sire and Reprise/Warner Brothers Records.

Daniel J. Levitin, Ph.D., is the New York Times bestselling author of This Is Your Brain on Music, The World in Six Songs, The Organized Mind, and Weaponized Lies. His work has been translated into 21 languages. An award-winning scientist and teacher, he is Founding Dean of Arts & Humanities at the Minerva Schools at KGI, a Distinguished Faculty Fellow at the Haas School of Business, UC Berkeley, and the James McGill Professor Emeritus of Psychology and Music at McGill University, Montreal, where he also holds appointments in the Program in Behavioural Neuroscience, The School of Computer Science, and the Faculty of Education. Before becoming a neuroscientist, he worked as a session musician, sound engineer, and record producer working with artists such as Stevie Wonder and Blue Oyster Cult. He has published extensively in scientific journals as well as music magazines such as Grammy and Billboard. Recent musical performances include playing guitar and saxophone with Sting, Bobby McFerrin, Rosanne Cash, David Byrne, Cris Williamson, Victor Wooten, and Rodney Crowell.